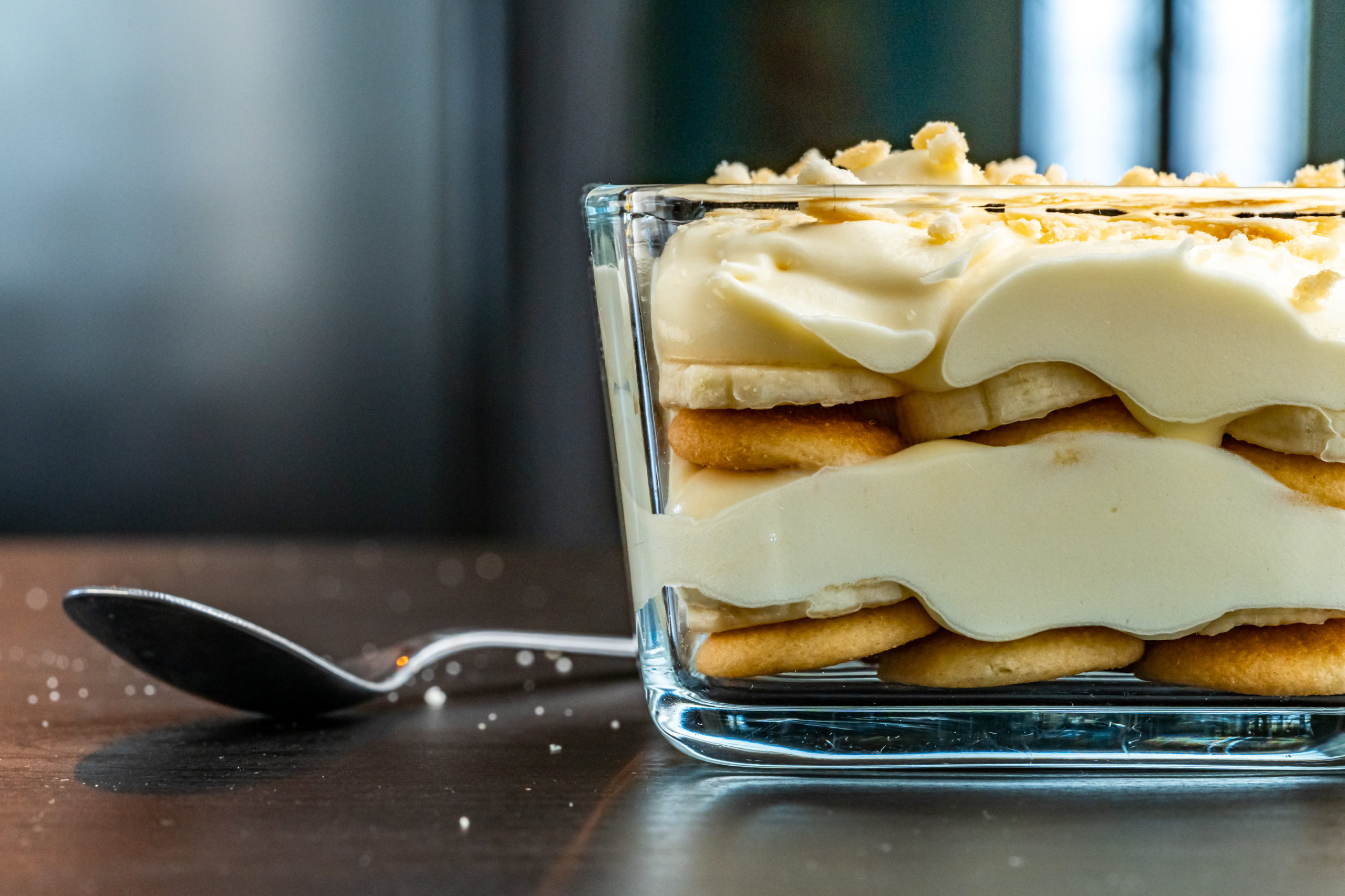 We’re just very bad at it.

There have been numerous occasions where we’ve gone to a new place, I’ve raved about it on instagram, and my friends are all like… Allison… you know we have one of those in LA, right?

Case in point, when we were in New York last year, wandering around looking for food on our first night there, we came across Magnolia Bakery. Son wanted to try it – he really likes going to bakeries when we travel – so I figured, why not?

The banana pudding seemed popular, so we brought some back to our hotel… and WE WERE OBSESSED.

It’s light and airy and oh so good… and did you know we have a Magnolia Bakery that sells this banana pudding in LA? NOBODY TELLS ME ANYTHING.

But you may be wondering, why, today of all days, are we making this banana pudding?

And then we had a heat wave. And heck no I did not want to bake a layer cake, where I have to bake every layer separately because I have a tiny little oven, and then try to frost it and layer it without it being a total disaster… in the middle of a heat wave.

But you know what’s really good when it’s hot outside, and requires neither the oven nor the stovetop? This pudding.

And you know what’s super easy to make and so addictively tasty that me and my entire family were obsessed with it when I first made it earlier this year? This pudding.

So who needs birthday cake, when you’ve got birthday pudding? Let’s cook!

I suggest starting the night before you want to eat it, because there is a good bit of waiting time for this recipe.

First, we make the pudding.

We’ll start with a 14oz can of sweetened condensed milk. It’s sweet, yes, but don’t worry – the final result won’t be cloying.

Mix that with a cup and a half of ice cold water, for about a minute with an electric hand mixer – until it’s completely combined.

Now add the pudding mix. Ideally, you should go with a 3.4oz package of Jell-O’s instant vanilla pudding mix – none of that sugar-free business today! That vanilla pudding flavor is what is really going to make this tasty. Mix that in really really well, for about 2 minutes or so, until it’s completely combined and starting to thicken.

Cover that with plastic wrap, and stick it in the fridge at least 3-4 hours, but ideally overnight.

Whip about 3 cups of heavy cream until you have stiff peaks. This is what will give the pudding a really light, airy consistency.

Once you have stiff peaks, gently fold in the pudding that you already made. Fold it until it’s completely combined – no streaks of pudding or whipped cream left.

If you’re serving this at a party, then you’ll want to layer your pudding in a fairly large container, preferably glass so you can see all the pretty layers. However, I also often make smaller portions to give to friends and family, and that works perfectly well too!

Start with layer of Nilla wafers on the bottom. They’ll turn cakey and wonderfully soft as they sit in the pudding.

Then a layer of sliced bananas, for that classic banana pudding flavor.

Top that with a bit of the pudding.

Continue repeating layers until you reach the top of your container, ending with pudding at the top.

If you’d like, you can top this with crumbled Nilla wafers, BUT I would suggest waiting and adding this right before you serve, so they retain a little crunch!

But – it’s not time to eat quite yet. You want all these flavors to meld, and the Nilla wafers to soften. So put your layered pudding back in the fridge for at least 4 hours, but ideally no more than 8!

NOW it’s time to eat the tastiest, most addictive banana pudding you will ever have.

And hey, if you’re brand new to this channel, make sure to hit that sub button, and click the bell to turn on your notifications! We have SO much more tasty food coming up.

And if you want to give me an awesome birthday present where you don’t even have to spend a thing, share this video with your friends, with your family, with anyone you know who is addicted to Magnolia Bakery’s banana pudding. It’s SO good, and it would make me so happy to see this reach even more people.