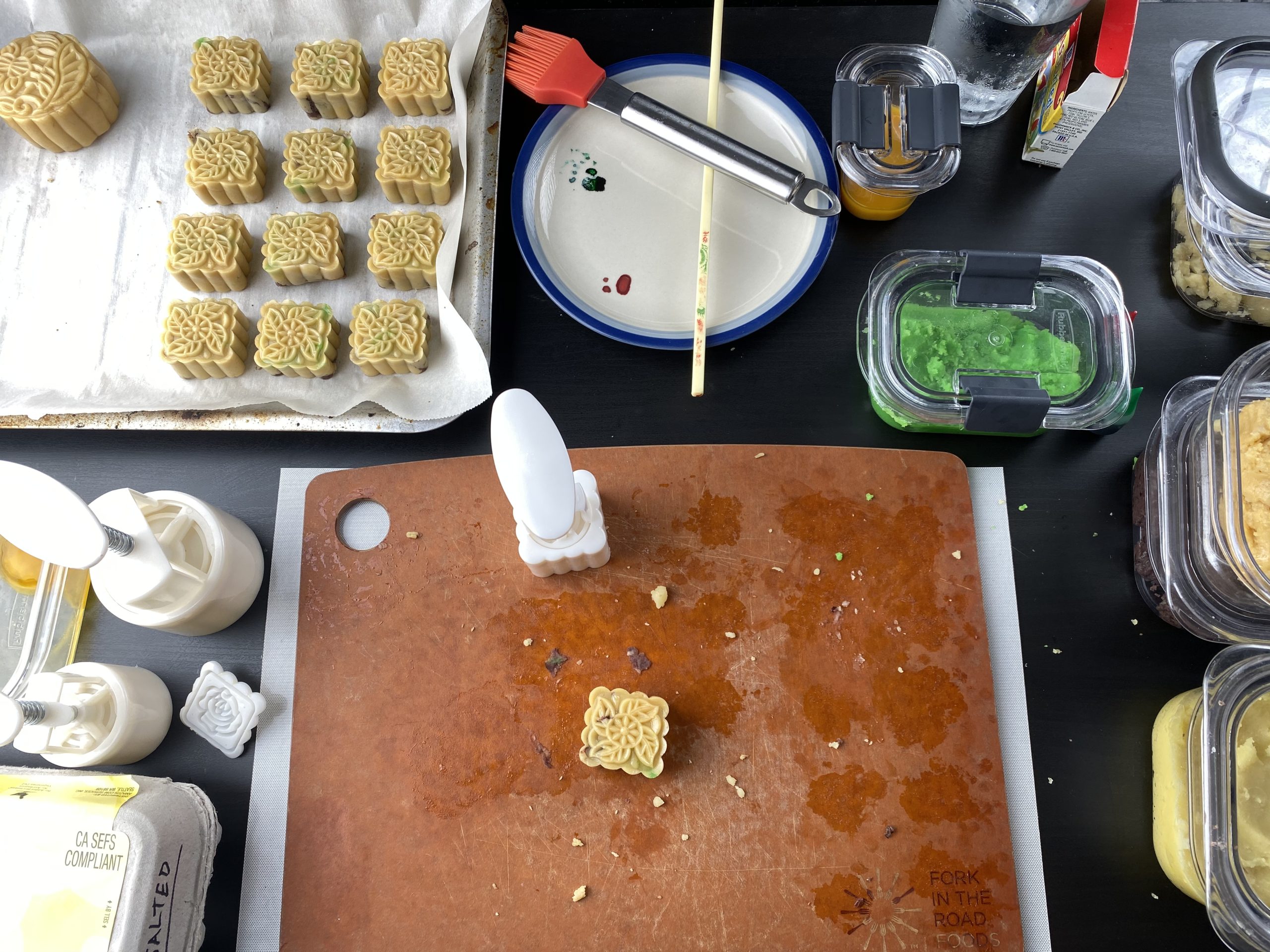 What is time anymore?

It’s been A Week of filming, filming, and more filming.

The beginning of the week was still smoky, but in the last couple of days it finally cleared up. I can go outside again!

Been in a breakfast sandwich kinda mood lately.

This was bacon (left over from the okonomiyaki video), frico egg, and watercress on a roll.

Due to all the smoke keeping me from getting outside lately, I’ve been having some SERIOUS anxiety + insomnia (this ended up being oddly relevant).

On one of the worst days, I gave up on sleep and just cleaned. Finally packed up a bunch of glasses and mugs that I got when my grandma passed away, but I mostly don’t use, so sticking them in storage for the time being.

Noticed this cool pattern on one of the mugs.

99 Ranch was giving away free mooncakes if you order $120 worth of groceries shipped, so YOU KNOW I made sure to hit that limit.

The lotus seed salted egg yolk mooncakes were so good.

I rarely ever take selfies, mostly because I’m REALLY BAD at them and I always hate how I look in them.

But on a whim, I took a selfie when I laid down in-between shots, while I was waiting for Son to do something.

And lo and behold I actually managed to take a good selfie. It’s a miracle!

I have a problem and it is my addiction to these salted egg potato chips.

It’s taken YEARS, but I love that I’m finally confident enough in the kitchen that I can just whip up a recipe on a whim.

I did it twice this week!

The above do chua (vietnamese pickles) were because we found a bag of frozen eggrolls that Son’s mom had made for us around New Year’s!

I managed to somehow not cook anything dinner appropriate this week… so the eggrolls were perfect.

It’s a do chua type of week, it seems. My sis in law’s mom made some with mustard greens, and gave us a whole jar!

Can’t test out cheese curds (oops – spoiler alert!) without turning it into poutine!

More recipe testing – this is something you’ll be seeing later this week!

One thing I never expected from switching from Twitch to YouTube – SO many more people make the recipes I post!

Twitch streamers, Instagram friends, random strangers… even my mom (who NEVER watched my Twitch stream as far as I know) has cooked something from my YouTube channel!

It makes me so freaking happy every time I see it.

Had some work done on our house, ended up with broken glass in the yard.

So got a big vacuum to clean it up.

(It was oddly satisfying hearing the vacuum suck up things.)

Remember how we had a surprise tomato plant?

Well now we have tasty tomatoes!

They’re so tiny and cute.

It’s a freaking factory in here.

Have a lovely week everybody… and get your hands on some mooncakes – the Mid-Autumn Moon Festival is only a week and a half away!