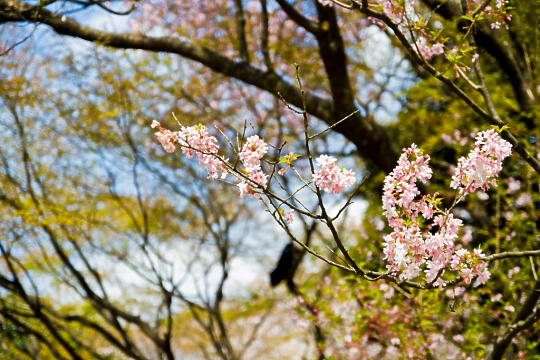 I’ve never been much of a traveler. (Though you wouldn’t know it from my itinerary for this year.) Up until a couple of years ago, I had only been to a few states aside from California, and never been off the mainland. And certainly never to another country.

However, I’ve always wanted to go to Japan. I just never thought I’d get the opportunity to – certainly not for a while, at least. But earlier this year the opportunity presented itself: some of Son’s friends decided they wanted to go on a photo tour of Japan. I didn’t think they were serious, but it wasn’t long before we had the trip booked for just a couple of months in the future.

Excited? You bet I was!

The next two months couldn’t pass quickly enough… the ten hour flight… yeah, I could have done without that. And then trying to figure out our JR Passes (a must-have if you’re visiting Japan – buy them outside of the country, because they can’t be bought in Japan), then the hour-long train ride to get to our hotel… we crashed that first night. But I was excited… so excited about the food! Of course. I’m food blogger, what else would you expect? So you must be wondering, what was our first meal?

After a quick breakfast, we caught a train to our first destination: Ueno Park.

Finally, some Japanese food! There was a takoyaki (octopus balls! no, not those kinds of balls… they’re little fried balls made of octopus bits) stand right at the entrance of the park… so of course we had to get some.

That’s some good stuff right there. 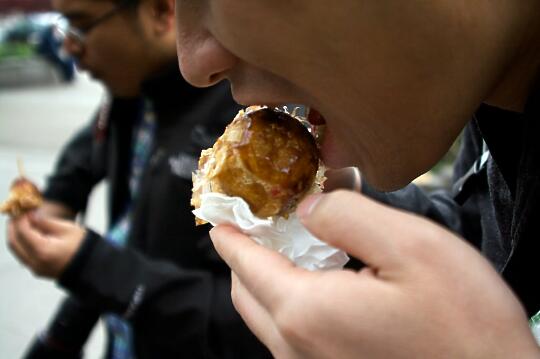 Then we finally got into the park, and were surrounded by cherry blossoms galore! ‘Twas glorious.

Inside Ueno park, there’s a little temple (and a zoo we didn’t go to, and a museum that we’ll talk about later). 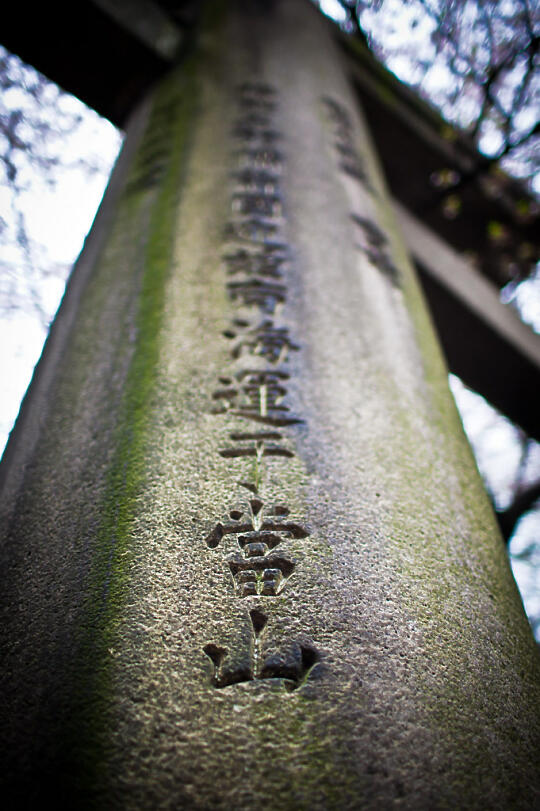 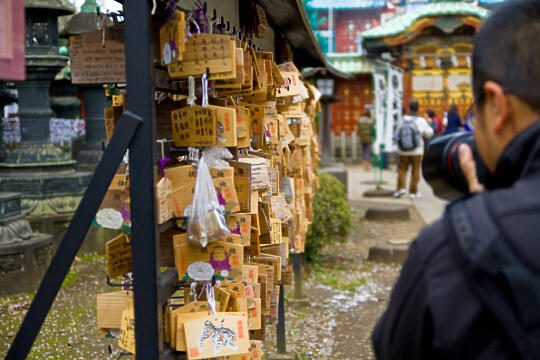 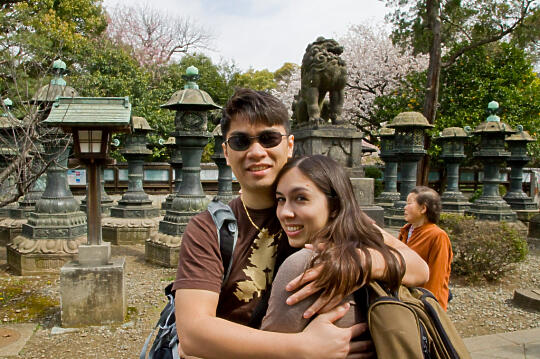 After our little stroll through the temple, off to Tokyo National Museum (which was just across the plaza in the middle of the park) we went! 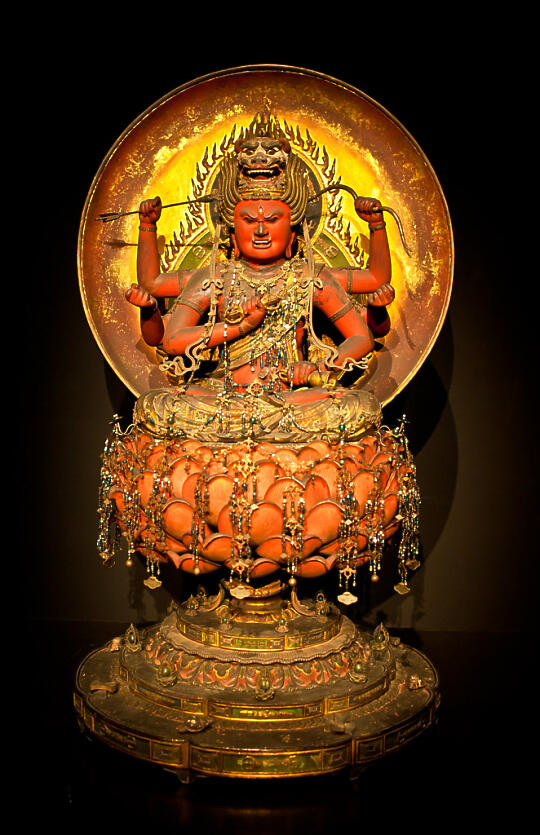 Lots of cool stuff there. 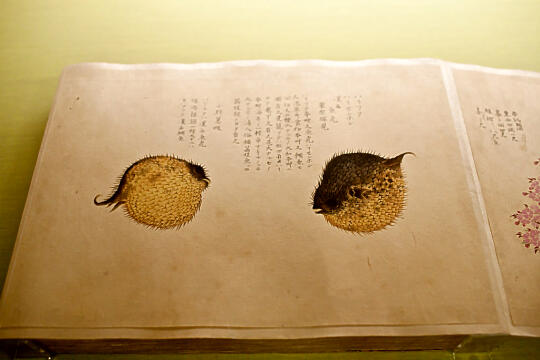 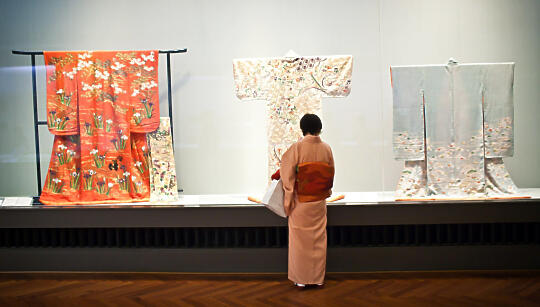 Behind the museum was a pretty little garden, complete with a few gorgeous tea houses and a little lake (filled with gigantic crows!) 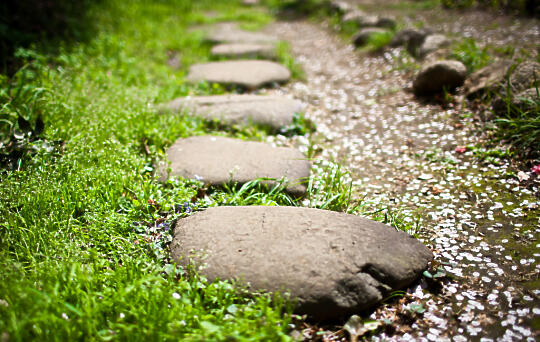 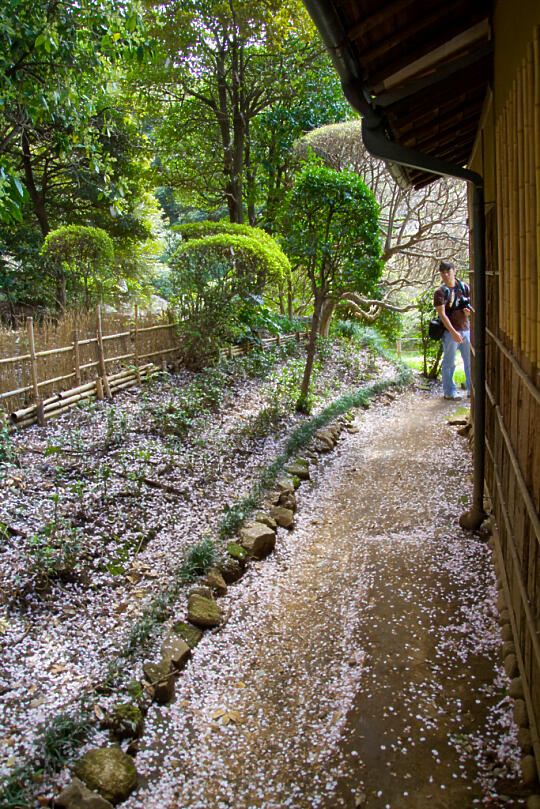 And in the vending machines at the museum, we found my new favorite drink – Nectar. Like a peach in liquid form… so good. So refreshing.

Anyone know if Nectar is available in the US? I haven’t looked yet, but I’m hoping they’ll have it at some of our local Japanese supermarkets…

(And yes, if you’ve ever heard that vending machines are everywhere in Japan, it’s true!)

After the museum, we headed to Akihabara…

… land of electronics and cosplayers. 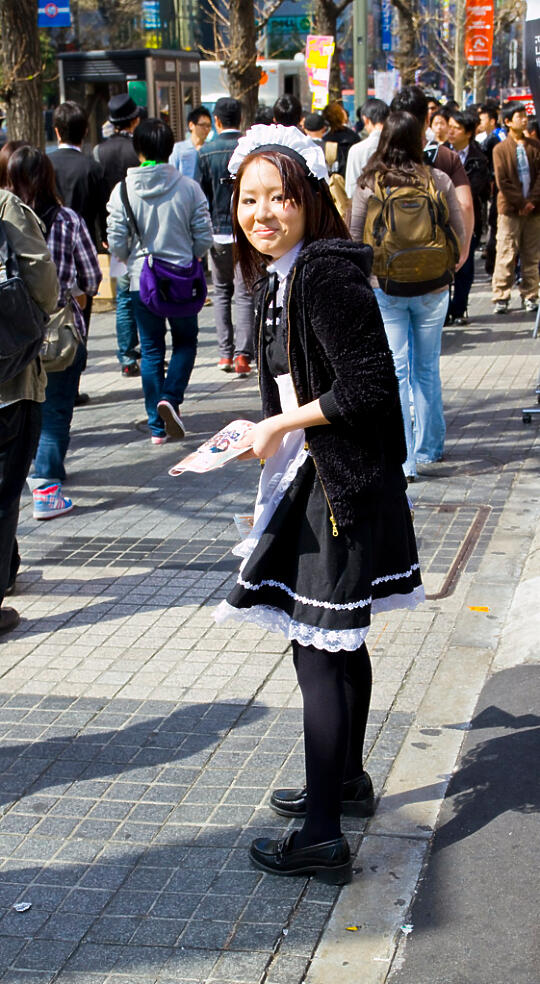 For lunch we went to a food truck (thought I was back in LA for a moment there) that was serving pita-type sandwiches filled with cabbage and a meat that was sliced off a big rotating spit. Delicious, but *sigh* not Japanese! And not my idea. *grumble* 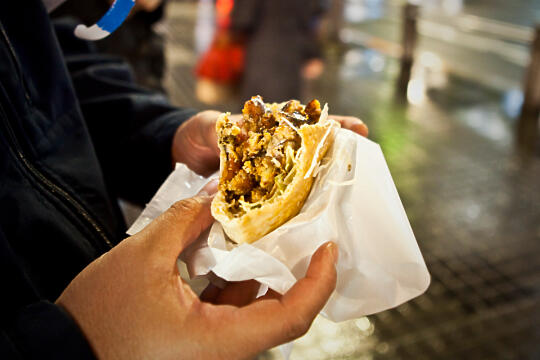 A little while later we went to a multi-story restaurant that was serving curry and some other dishes… it was just alright. But it was our first encounter with using vending machines to order our food (you pay at the vending machine, then give the ticket you receive to the people inside the restaurant).

… and took a break for a quick game of air hockey. 😀 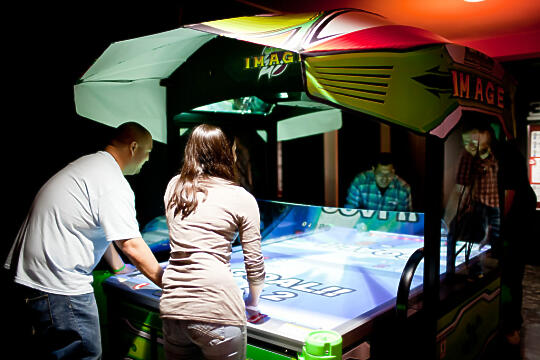 And then… Mister Donut!!! I first heard of it on Todd and Diane’s blog, so we had to stop by and try it. We tried the chocolate-coated custard-filled donut, and the adzuki bean-filled donut rolled in sugar… both very, very good. There’s something about donuts (and pastries in general) in Japan… although they appear to be fried just like those here in the US, they are SO much lighter. Dangerous, really, because it tricks you into thinking you can eat that much more. 😉

On our way out of Akihabara, we saw a little shop that was serving onigiri, so we had to stop there. Son and I shared a chicken-filled one (which somehow we entirely failed to get any pictures of)… oh man, after a day of very little Japanese food, that really hit the spot.

What a day! After months of mostly sitting around (I’m a programmer, so almost all of my time is spent in front of the computer), a day full of walking was exhausting. We went back to the hotel and crashed for a couple of hours… then ventured out in search of dinner. We wanted something Japanese… which was harder to find than you’d have thought! We found McDonald’s, French places, Italian restaurants, even an Irish pub… after walking around for an hour, we finally found a little ramen shop just around the corner from our hotel.

Son and I shared a bowl of ramen and an order of gyoza. 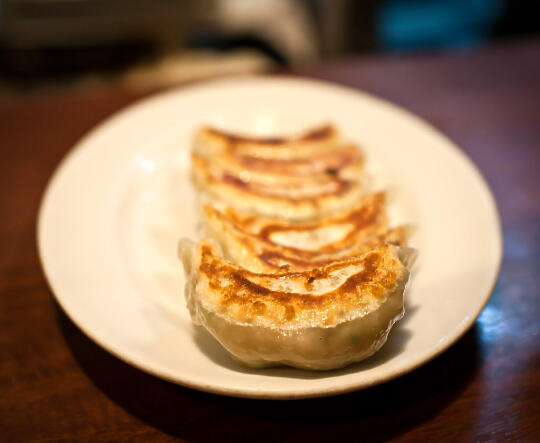 It was perfect. Just perfect.

Okay, so I know you’re all wondering… what was all this I said about a contest? Well, as you’ll see in a future post, we stopped by the fish market on one of our days there, and found a cute little store selling cooking-ware, and a shop that was all about seaweed. So, this being a sushi blog, I decided to get a package of nori and a rolling mat – from Japan – to give away to you. (I got two of each, so there will be two winners).

So how do you enter? Just leave a comment on any of my daily posts about my Japan trip before Wednesday, May 12. Only one comment per person per post will be counted, so you can get up to 8 entries. I’ll announce the winners by the end of that week!