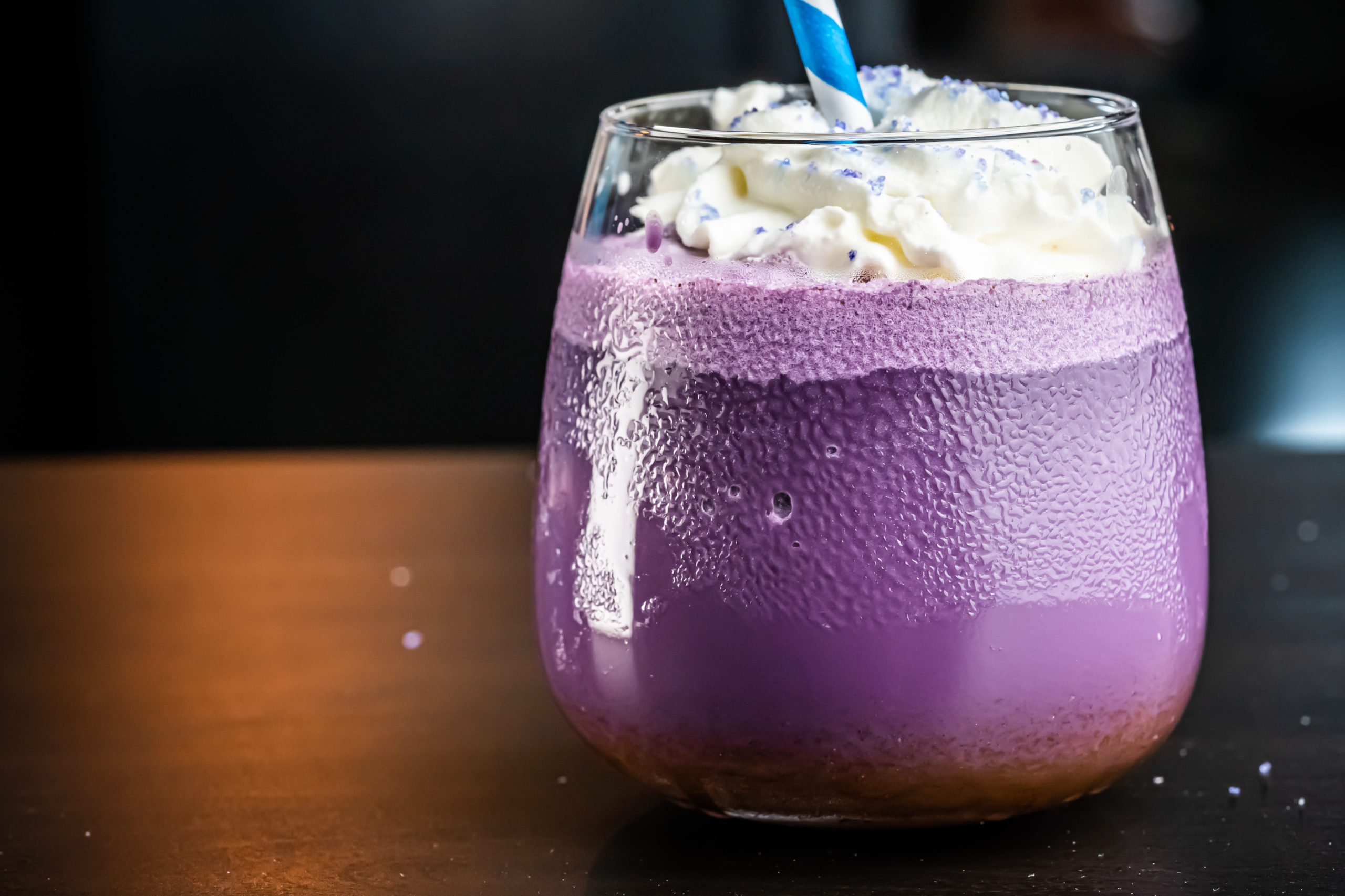 A few months ago, on our SushiCodes channel, we played a bunch of game demos during the Steam Game Festival. One of our favorites was a game called Going Under – a satirical roguelite dungeon crawler, where you’re a new intern at a failing startup.

Your first task is to clear out the Joblins who have infested the basement – and off you go! Just about every object in the game can be used as a weapon, and there are powerups galore. Every now and then, you’ll happen upon an in-house coffeeshop, where you can purchase more powerups and boosts.

When we started tossing around the idea of making food from indie games, I knew I wanted to make something from Going Under – especially when we realized it was coming out soon! They have lots of fun foods in the game – did I want to make a riff on avocado toast, or try to invent a real life version of Fizzle – the sparkling water meal replacement that the game’s startup is selling?

But the food item that really caught my eye and I haven’t been able to stop thinking about since is the Joblin Spice Latte. “Latte” implies that it’s a coffee drink, but the model in the game looks more like a frappuccino – a frozen blended coffee drink topped with whipped cream. It’s got the slightest purple tint, which in my mind goes directly to ube.

A frozen ube coffee drink? Sounds appropriately hipster to me!

First things first, make your coffee. You can brew this however you’d like – the Vietnamese phin coffee filter is the only coffee maker I own, but a normal coffee maker or even espresso is fine – just make sure it’s strong. My body doesn’t love coffee so I’m going with decaf, but feel free to caffeinate yourself to your choosing.

Let your coffee cool completely, then put it in a blender.

I wanted to complement the ube flavor, so I decided to go with coconut milk instead of dairy. We’re using a whole can’s worth, so go ahead and add that to the blender as well.

Next, your ube flavoring! I considered using ube halaya, which is an ube jam popular in Filipino desserts, but couldn’t acquire any in time. So instead I’m going with this ube flavoring, which I love because it’s strongly ube, but also adds this vibrant purple color. I’d recommend using this type of ube flavoring, as ube extract may not work quite the same.

Since it’s a Joblin spice latte, there had to be some sort of spices in it! I wasn’t sure what spice would go well with ube, but cinnamon ended up working quite well.

A little brown sugar for sweetness, just to round out the flavors and complement the cinnamon.

And then a bunch of ice. I used four cups, but I’ve got rather large cubes. If you’re using smaller cubes or crushed ice, you may need less.

Blend that all up until it’s nice and frothy, and then pour into glasses. This recipe makes enough for four servings.

Top with a bit of whipped cream, and if you’d like, you can add sprinkles for a touch of color.

We were really happy with how this turned out. It’s got a gorgeous color, and tastes just like the sort of drink you might get at Starbucks. The ube flavor really came through, and altogether it ended up being a really refreshing drink.

I’d highly recommend making yourself a Joblin Spice Latte to enjoy while crawling startup dungeons in Going Under!

inspired by a game item in Going Under!

One thought on “Joblin Spice Latte”