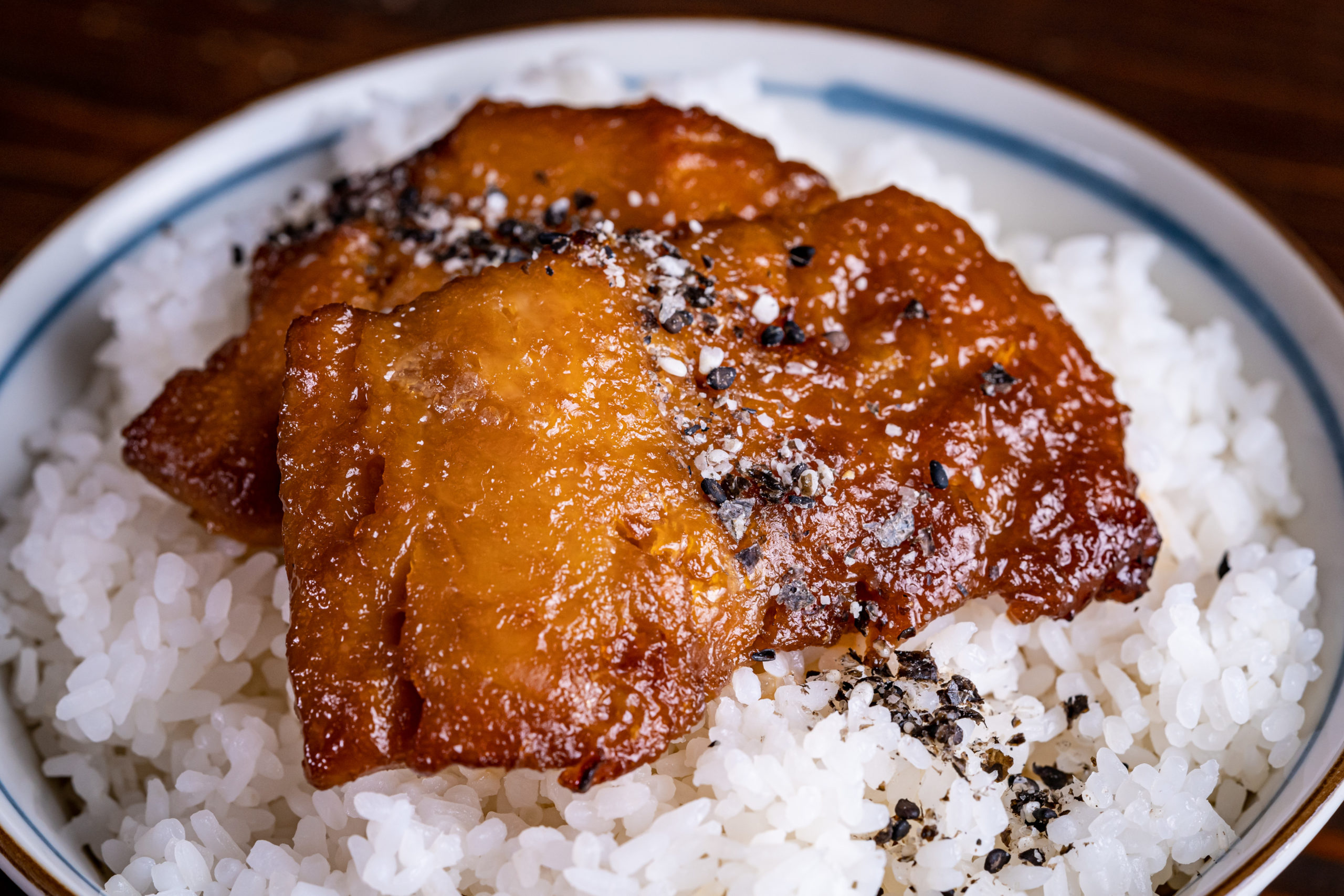 Today we’re making misoyaki butterfish from the Aloha Kitchen Cookbook! This is another redemption from a member of our Twitch community, this time from Blacklash.

You’ll probably be seeing a lot of recipes from this cookbook – not only because everything looks delicious, but because there’s also a lot of overlap between the recipes in this book, and the Japanese-American recipes I grew up with.

Beef teriyaki, somen salad, manju… all foods from my childhood, and as far as I can tell, all very similar to my family’s recipes!

But today, we’re making something that I didn’t grow up with.

Back when Son and I were practically babies (we’ve been together for over 15 years – so anything from the first few years of our relationship feels like a lifetime ago!), the first big trip we ever took together was to Hawaii, right after I graduated from college, three years into our relationship.

It was our first big foodie trip – first time eating poke, first time we ever had real ramen, first time dressing up and going to fancy(ish) restaurants.

A couple of the nicer restaurants we went to had misoyaki butterfish on the menu.

We tried it, and were in love – but never quite realized what butterfish was.

Years later, I made miso black cod at home a few times – but still never realized what butterfish was.

Then I read misoyaki butterfish recipe, which calls for black cod, as “butterfish” is not actually a type of fish, and… HOLY SHIT I’VE BEEN MAKING MISOYAKI BUTTERFISH ALL THIS TIME?!?!

This misoyaki butterfish recipe is super easy to make! The most time-consuming hands-on part of the recipe is the sauce.

Start with brown sugar, for a bit more depth than white sugar, but not so opinionated of a flavor as honey or maple syrup would give.

Next miso – a paste made of fermented soybeans, salt, and koji, a type of fungi.

I’ve run out of normal cooking sake and we haven’t been daring/desperate enough to venture out to the Japanese supermarket quite yet. But we just happened to have this bottle of sake which has been sitting in our fridge for ages… and we don’t really drink alcohol… so I’m being a little fancy. But ordinarily, cheap cooking sake is totally fine.

Aji-mirin, another type of rice wine. It has a higher sugar content than sake, and is often added for sweetness.

A little rice vinegar, to add some tang.

Lastly, peel a piece of fresh ginger (I like to use a spoon – the skin peels off easily, and you don’t waste as much ginger as you would if you use a knife or peeler!) and grate it into the pot, then simmer it all together for an hour.

Marinate the black cod in the sauce and refrigerate it for a couple of days, turning occasionally so it’s evenly marinated. I like to put the ziplock in a study container, so there’s no risk of it accidentally spilling all over my fridge.

After all that – all you have to do is broil it! Wipe off most of the marinade and place on an aluminum foil-lined baking sheet, then broil until the fish just starts to blacken at the edges.

Serve it over rice, with steamed veggies and that furikake we made a few days ago.

One thought on “Misoyaki Butterfish”