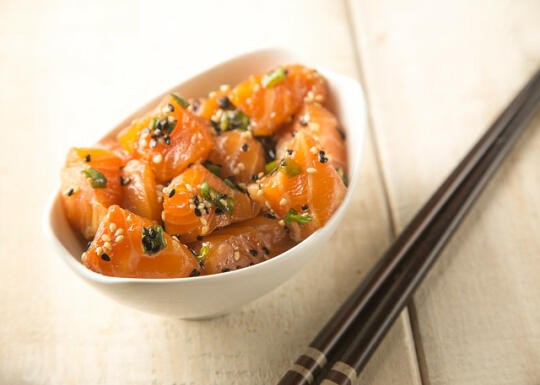 A few months ago, a new restaurant opened in Redondo Beach that serves nothing but poke. We’re kind of addicted. (We like the California Roll poke the best.)

A few weeks ago, Son and I went on a business trip/vacation to Europe, which was tons of fun, exhausting, and left us craving Asian food like crazy. (Check out my Instagram for lots of pictures from the trip, and keep an eye on the Fridgg blog for writeups about everywhere we went, as soon as Son has time to process some of the thousands of pictures he took!) (We totally have been binging on Thai, Chinese, and Japanese food since we’ve gotten back.)

A few days ago, one of the awesome people I met at Big Traveling Potluck this year blogged about ahi poke. Yummm….

And then, Saturday night, after a long day full of lots of eating, Son and I were standing in front of the fish counter in Whole Foods at closing time, trying to figure out what I should cook for the next week. “Figure out what you want,” I told Son with a yawn, as I gently pushed him towards the big slabs of fish.

“All the salmon is sashimi grade,” offered the man behind the counter, with a smile. “You could make poke…”

“Ooooh!” Son and I both perked up at the idea. “We could get a couple of pounds of salmon, and make half into poke, and cook the other half…” 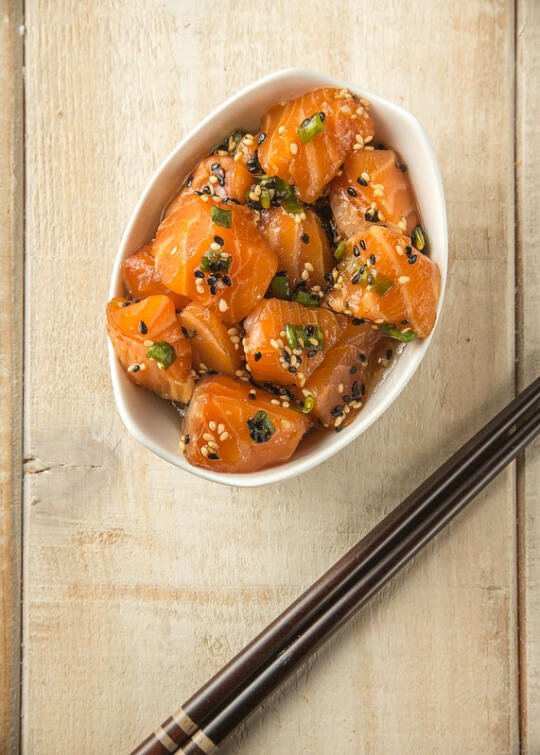