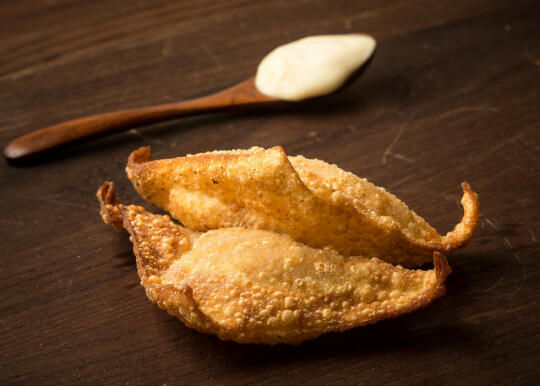 Now that we’ve launched Fridgg, I’m a little more conscious of being on top of holidays before they happen (unlike how I always used to post holiday recipes a week or so after the fact!) For example, I got the Halloween sushi post up a couple of days before Halloween, and here I am with a Thanksgiving post a whole two weeks before Thanksgiving (so long as you don’t count the Canadians)! 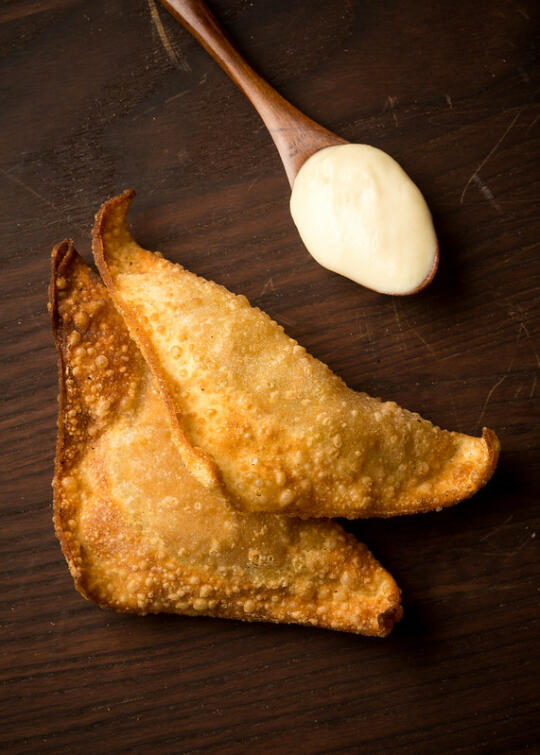 Of course, I can’t take all the credit for having this one posted early. Last weekend there was a Food Bloggers Los Angeles meeting (they have one every month) at Andrew Wilder’s house, and we were all asked to bring a Thanksgiving dish, so I had no choice but to come up with something!

I considered bringing sushi, but decided I didn’t want to bring an experimental roll that might not have been any good (I didn’t have time to test out any roll ideas before the day of the meeting). I thought about bringing the pie I always make for my family’s Thanksgiving gatherings, but figured there would probably be plenty of other people bringing pies. 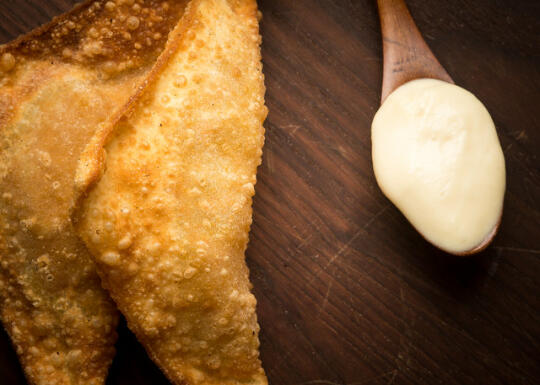 But I got stuck on the idea of a pie-based dessert. Since I wanted this to go on Sushi Day, I wanted something somewhat Asian. Because obviously, if you put it in a wonton, that makes it Asian.

And, as we all know, I like to put stuff (like cheese and jalapeños, or arctic char and cream cheese) in wontons.

Thus, pumpkin pie wontons! I daresay this is my best wonton idea yet. They taste like little, light, pumpkin hand-pies. And the maple whipped cream (which was Son’s idea) really pushed them over the top.

In the last week I’ve made these three times: for a housewarming party with Son’s coworkers, for the FBLA meeting, and for my physical therapist’s office. Each time, they disappeared quickly! Although there is deep-frying involved, I still think these are easier to make than a pie (yep, I’m still intimidated by pie crusts, even though I make one every year!)

And now that I’ve made these, I really want to try other pie fillings in wontons… perhaps apple? What sorts of pie fillings do you think would work well in a wonton? 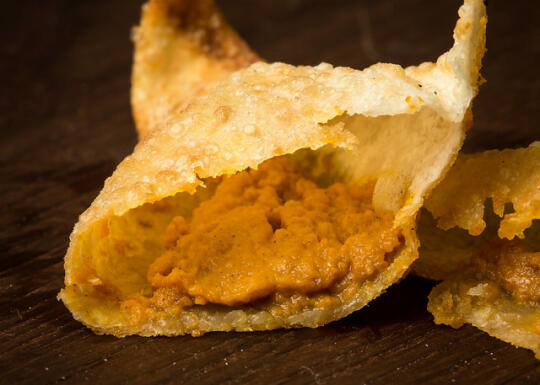 The pumpkin pie filling is from the Thanksgiving Twofer Pie recipe in Baking From My Home To Yours by Dorie Greenspan.

I got the whipped cream recipe from Back to Her Roots. 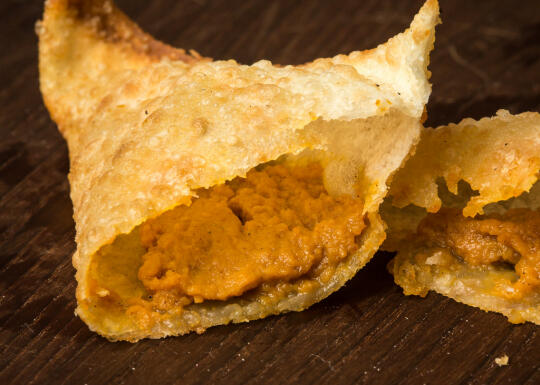