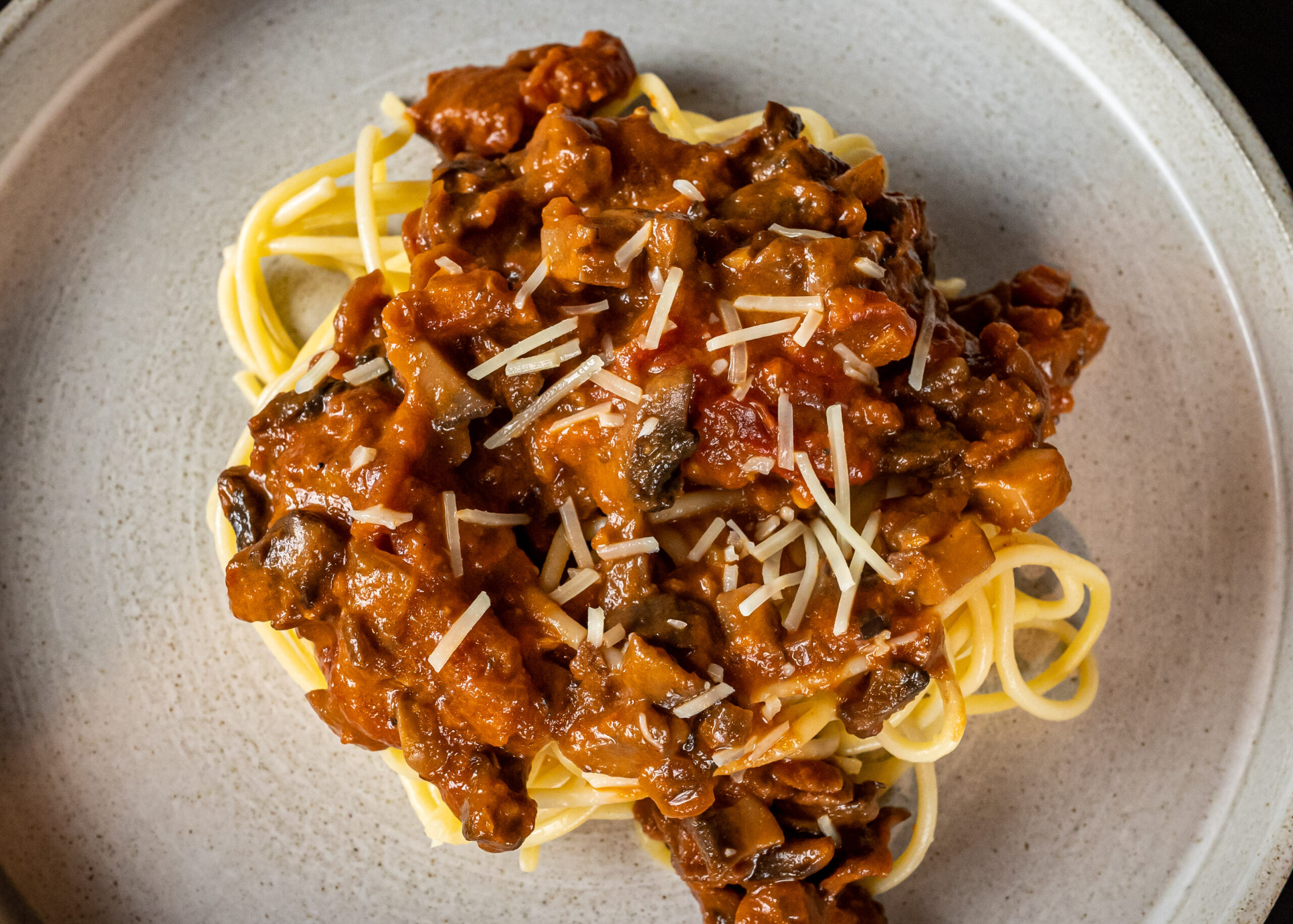 I mentioned recently that I used to be a super picky kid, but now I’ll eat just about anything. And somebody asked in the comments, what foods do I hate?

That’s a really interesting question, because… there are a lot of things I won’t eat, but I wouldn’t say I hate them.

I never developed a taste for alcohol, so I don’t really drink. But I wouldn’t say I hate it, because I’ll happily try a sip here and there. I just never really like it enough to take more than a single sip.

There is one thing, that my husband absolutely loves, that I cannot do, and that is balut. But the thing is, I’ve tried it a number of times, and it’s tasty! But mentally, I just can’t quite get past it.

So I wouldn’t say I hate any foods… but yeah. I can’t do balut.

In my neverending quest to eat healthier (and also to help Son’s dad eat healthier), I decided to try this mushroom bolognese recipe.

And it was a success!

I’m not one of those people who has to have meat for every meal, so I may not be the best judge here, but I really didn’t miss the meat in this dish. Healthy, full of vegetables, and tasty? A definite win.