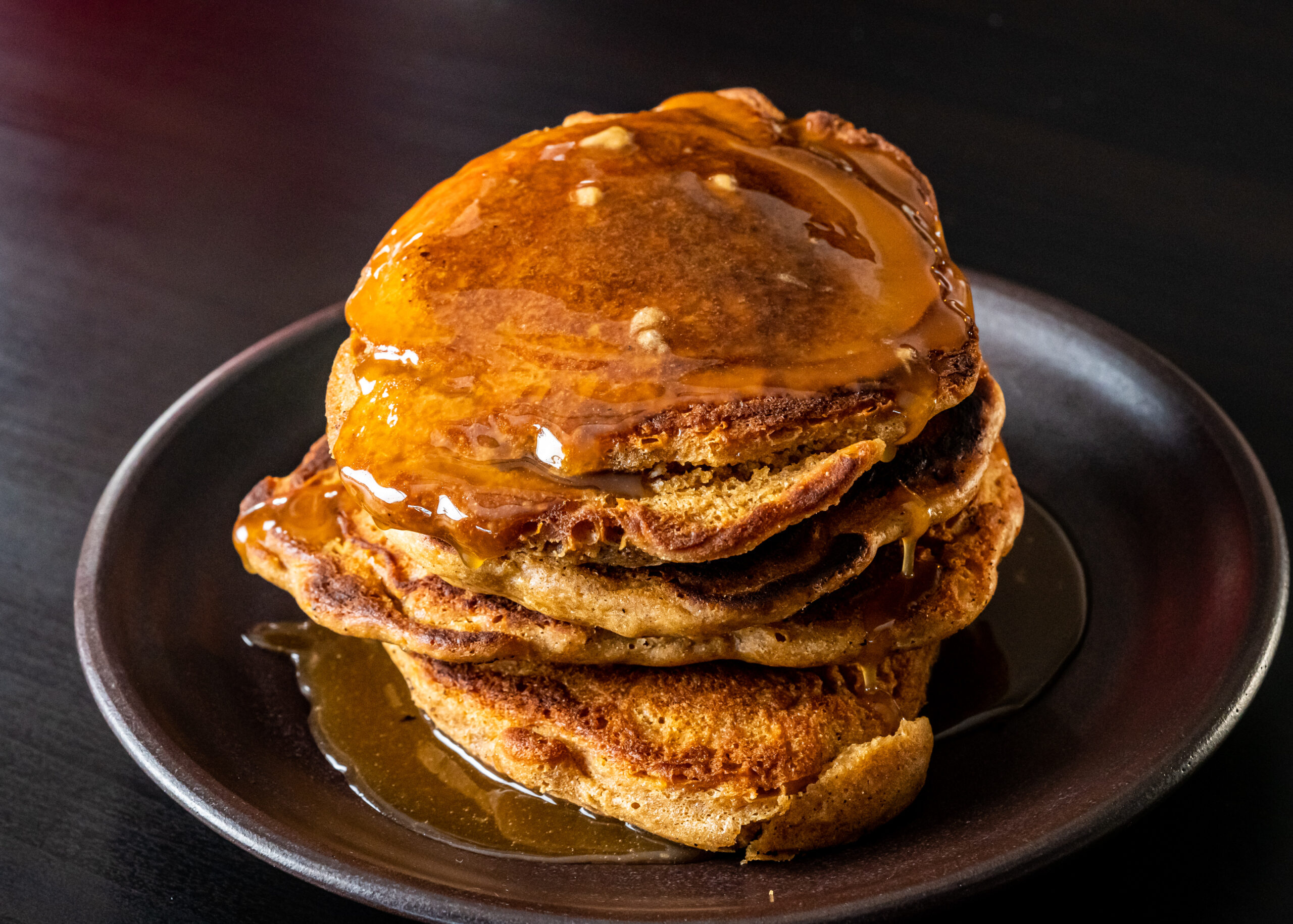 Every other day, it was cereal for breakfast, but Sundays were “Special Breakfast” days in our family.

The vast majority of the time it would start with the ever-present box of Bisquick – as kids, we would stand on the wooden stepstool my dad built, and crank the eggbeater to help dad mix the batter for pancakes or waffles. Sometimes we’d have French toast instead, or blueberry muffins, and once in a blue moon mom would buy the pillsbury can of biscuits, cut out the centers, and fry them up as cinnamon-sugar doughnuts.

There’d be sausage or bacon on the side, and eggs – always scrambled. Orange juice to drink, and don’t forget to eat your chewable Flintstone vitamin – pink was the best, although let’s be honest they were all terrible.

Sundays were also cleaning days. Dad would blast classical music throughout our little house, grab his caddy full of cleaning supplies, and take care of any housework or yardwork that needed doing that week.

I never realized until now how much I miss those Sunday traditions. Who wants to join me for some pancakes and classical cleaning?

I first tried this pancake recipe on my old Twitch stream back in 2017, and I was instantly obsessed – so much that I made them for Christmas that year, and then again for our socially-distanced Christmas of just the two of us this year.

It’s super decadent, absolutely a treat sort of breakfast (pun totally not intended, given that we ate this with the treet and eggs I posted a few days ago).

The pancakes are delicious all by themselves, cozy and full of warm spices. And the toffee sauce puts it over the top, into exactly the sort of overindulgent breakfast you want on a Christmas morning!

from Lady and Pups