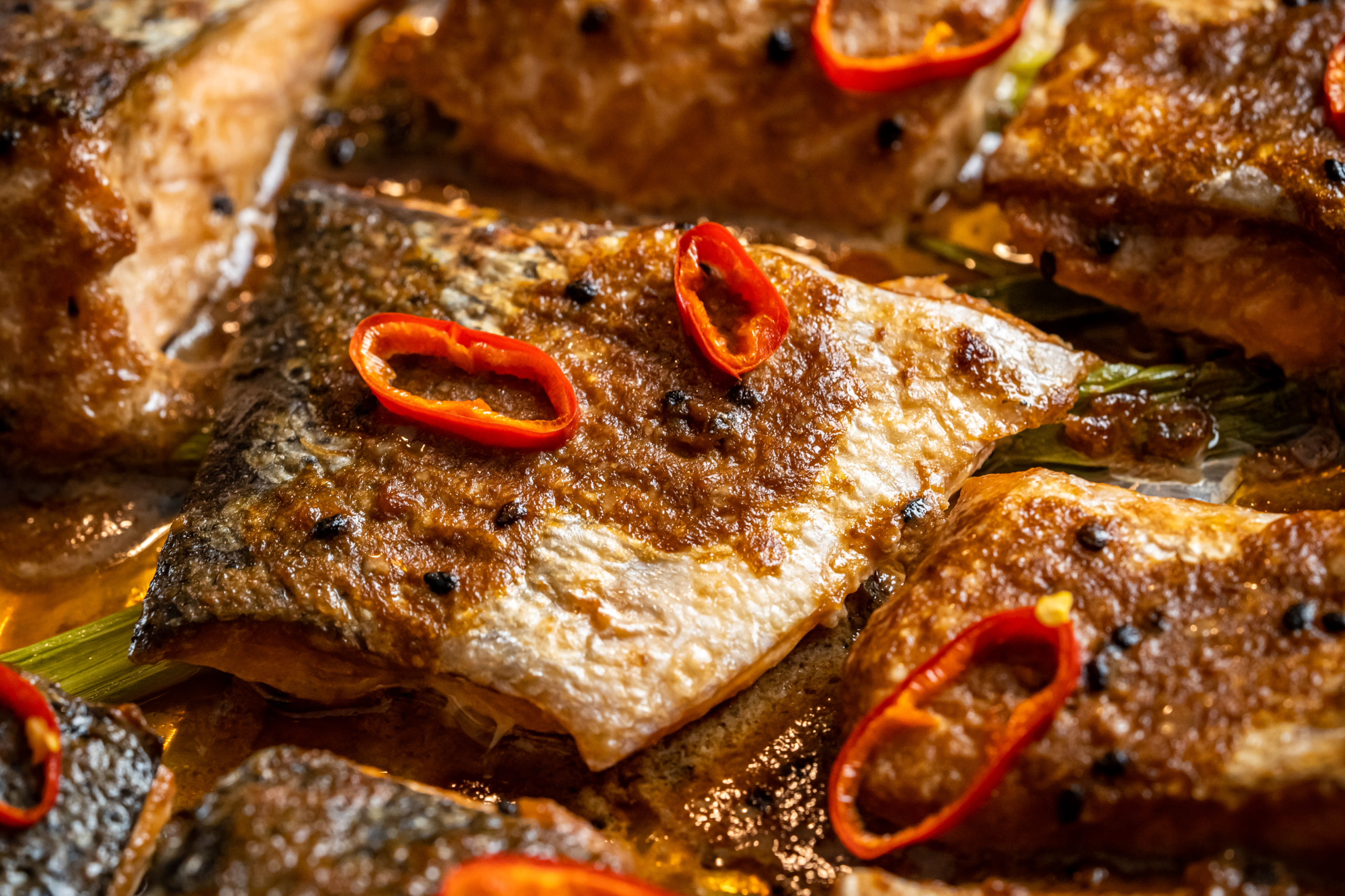 Broiled Salmon with Scallions and Sesame

The Nutcracker ballet will always have a special place in my heart. For me, it’s like the dishes you ate at home as a child – they may not have been your favorite at the time, but once you grow up, you realize they’ve become your comfort food.

The adrenaline rush of those first few bars of party scene music.

The magic of the snow scene at the end of the first act… and slipping and sliding on all that fake fog.

Sprinting around backstage between quick costume changes, and hoping nobody accidentally steals my Chinese costume again.

Reminding each other to take off our warmups after that one time my best friend went onstage with a legwarmer on.

Fluffing each others tutus before Waltz of the Flowers, the mess of clothing and makeup and flowers that would take over the dressing rooms, and finally going out to eat with everybody after the final show.

I may have missed out on a lot of teenaged things, but I don’t regret dancing, not a single bit.

This is one of those dishes that’s super super simple, fairly healthy, but quite tasty and satisfying.

I ended up having to broil the fish for a good bit longer, due to only having a toaster oven to work with, so I imagine this would be even tastier if you had a true broiler to work with. Just make sure to keep an eye on it so you don’t burn anything!

Broiled Salmon with Scallions and Sesame