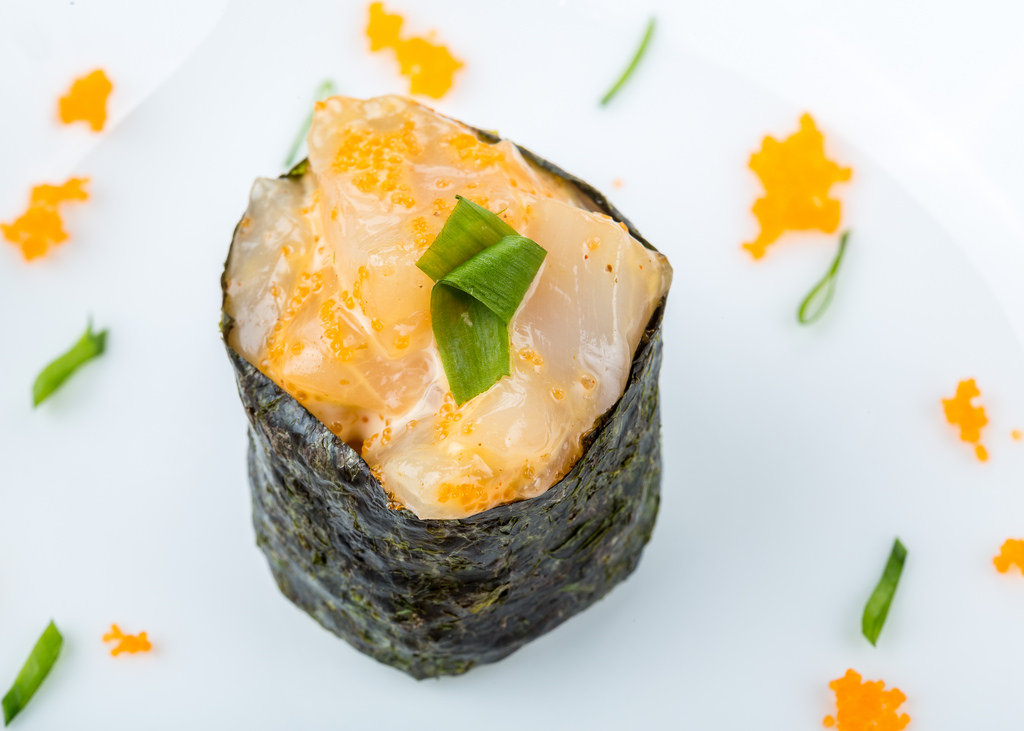 I’ve gotten tagged with another “random things” meme, this time by Nicole from For the Love of Food. Of course, if you don’t want to know more randomness about me, you can always skip to the yummy Hotate Special recipes and pictures at the end of this post. 😀

And now, for the sushi.

The Hotate (scallop) Special is a type of sushi I first had about a month or so ago, when I went up to Sunnyvale with Son on a business trip. We went to a sushi restaurant called Seto Japanese cuisine, where Son and I decided we wanted to try something new. As I wrote in my review of the restaurant, I loved the Hotate Special so much, that I just had to try to replicate it at home.

Have I mentioned scallops are my new favorite sashimi? They’re so soft and delicious, it’s hard not to like them. One thing though… when you get the scallops, there’s a little piece on the side of them, as if you had rolled a ball of dough and then stuck another piece of dough to the side of it. Personally, I prefer to discard this piece. I find that it is tough and chewy, not at all like the rest of the scallop. Luckily, it’s only a very small piece, so I don’t feel as if I’m wasting too much of it.