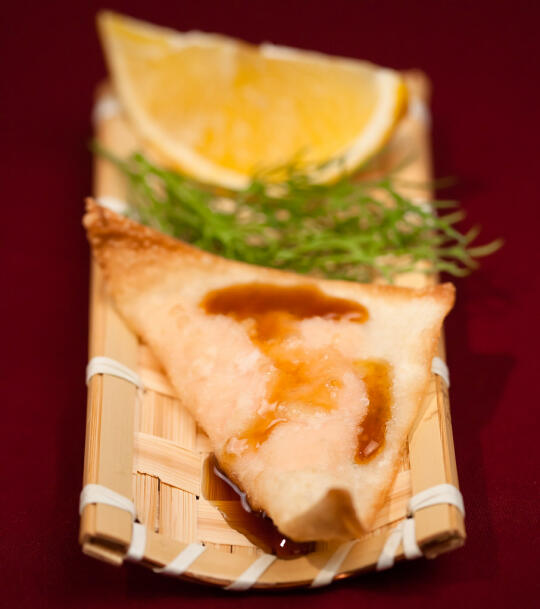 I have a challenge for you.

Come up with something – anything (though it has to be edible food) – that wouldn’t go well in a wonton.

I mean, really. You can fold anything in a wonton skin, fry it up, and it’ll be delicious.

And if you can’t come up with something that would do badly in wontons? Give me a cool, crazy, awesome, ridiculously creative combination that you would put in a wonton.

Like these, which my great aunt asks me to make every year at our family’s annual Christmas party.

Or like this recipe here – arctic char with dill cream cheese, drizzled with a maple ponzu sauce.

And… you know what?

I think I’ll give away a Sushi Day shirt and a sushi kit to the person who comes up with the best (edible!) suggestion for what WOULD NOT go well in wontons.

And I’ll give away another Sushi Day shirt and a sushi kit to the person who comes up with the best GOOD combination that I can put in a wonton. 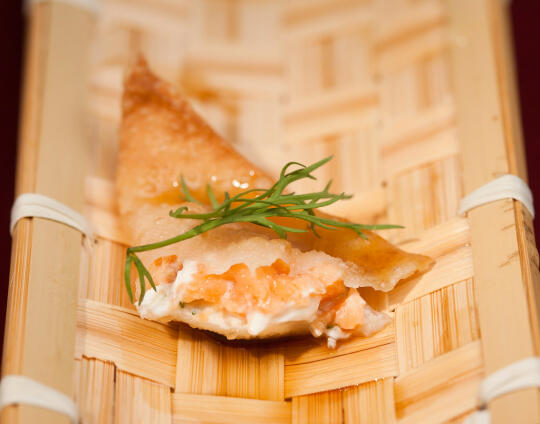 The maple ponzu sauce was adapted from this maple-soy sauce, which was recommended to me by my friend Mike Kelly. Yum, yummy, yum.

14 thoughts on “Arctic Char and Cream Cheese Wontons (Psst… we’re having a contest!)”