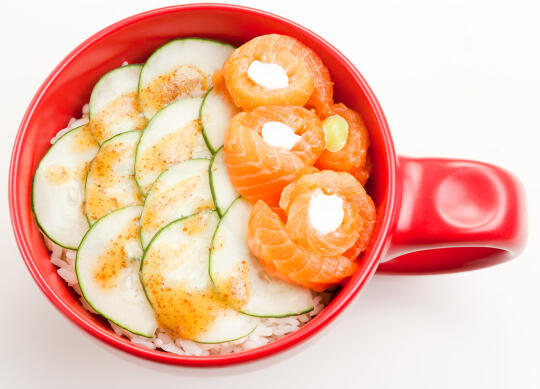 Every time I get a new type of fish, I try to think of good flavor combinations that I can use as inspiration for my dishes. I look through my bookmarks for recipes using that fish. I ask people on twitter. I look back in my archives for older, similar recipes for inspiration.

For today’s recipe, for example, I found a salmon recipe that I had bookmarked a while ago and decided that the sauce looked fantastic, then deconstructed a salmon recipe I had made years ago for the dish itself. 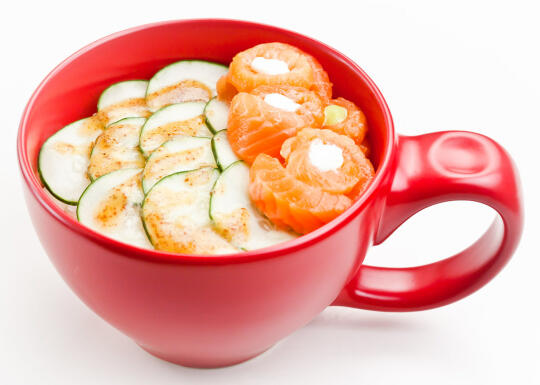 This week, I ordered some arctic char from I Love Blue Sea. After trying arctic char when we visited Tataki while we were in San Francisco, I knew I wanted to make some of my own dishes using the salmon-like fish.

Now that I’ve finally ordered fish from I Love Blue Sea… I can finally officially recommend them. The fish arrived in a timely matter and was fresh, and ready to use for sashimi. The one tip I have for buyers, though, is if you want the fish for a certain day, make sure to take a look at their shipping schedule so you’ll know what your deadline for ordering is. (For example, if you want the fish by Saturday, then you have to order before 5AM Pacific Time on Thursday. Otherwise it won’t be shipped until the next Monday.)

And then once you’ve ordered the fish from them… you can make this arctic char chirashi. If you like Philadelphia Rolls, you’ll love this. ^_^ 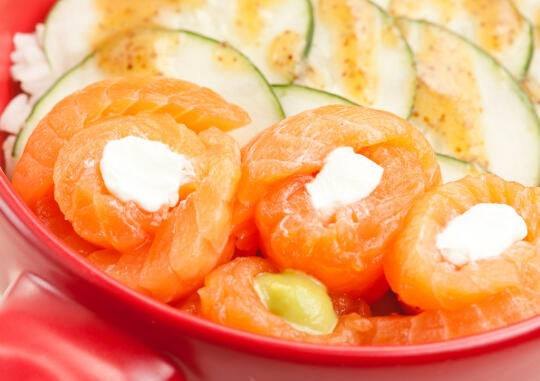 (You might argue that this can’t be chirashi because it doesn’t use sumeshi, but the marinade from the cucumbers is very similar to the mixture for sushi vinegar, so once you add the cucumbers to the rice it emulates the flavor of sumeshi.)